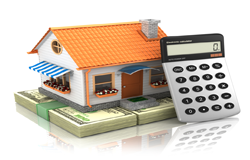 As a result of tightening mortgage rules, it’s getting tougher for self-employed Canadians to secure a mortgage. And with more and more Canadians joining the ranks of the self-employed, fewer and fewer are qualifying for mortgages. While mortgage rates continue to hover near record lows, many self-employed Canadians are being rejected by Canada’s big banks and are unable to enjoy the best rates with the most flexible terms. Fortunately, the Canadian mortgage landscape has changed.

Amidst an uncertain job market, more and more Canadians are working for themselves. In 2014, roughly 2.7 million Canadians were self-employed—a 10% increase over the last decade.1

Plus, more than half a million Canadians enter the ranks of the self-employed each year. Specifically, a higher number of older workers are opting for self-employment: among those between the ages of 45 and 64, anywhere from 16% to 22% are self-employed.

Self-employed people might run their own business, follow a professional career, run farms, or make money through rental accommodations. More Canadians are self-employed either because they have the experience to start a new business or out of necessity because the job market remains fragile.

While being self-employed can be freeing, when it comes to buying a house, it is fraught with challenges.

Difficulties Due to Changing Mortgage Rules

Before the 2008 housing crisis in the United States, it used to be pretty easy to get a mortgage in Canada. Just 10 years ago, you could get a mortgage with a 40-year amortization period and buy a home with zero down.

To avoid the same kind of collapse in the housing market, the Canadian government introduced a number of tighter lending rules. In 2008, it reduced the maximum amortization period for government-insured mortgages to 35 years and increased the minimum down payment for new government-backed mortgages to 5.0%. On top of that, first time homebuyers needed a minimum credit score of 620.

In 2014, the Canadian Mortgage and Housing Corporation (CMHC) discontinued mortgage products for second homes and those who are self-employed, without third party validation.

Not only that, self-employed mortgage borrowers are being asked to put down larger down payments, show more documentation to prove their businesses are financially sound, and have even better credit scores.

It’s not unheard of for someone who is self-employed to have to provide their bank or credit union with three years of financial reports prepared by an accountant and two years of personal tax returns.

Tightening lending rules at a time when more Canadians are declaring themselves as being self-employed are preventing many from stepping onto the property ladder.

If you’re self-employed or are unable to show the big banks one or two years’ worth of stable income, you might not qualify for a mortgage. Fortunately though, when it comes to getting a mortgage, you don’t have to use a bank or credit union.

Turned down by the banks because you’re self-employed? If so, the independent, licensed mortgage agents at ZooMortgage can help you secure a mortgage that suits your financial and lifestyle needs.

ZooMortgage has a proven history of helping self-employed Canadians find the best mortgage at the best rates. We don’t just work with Canada’s Big Banks—ZooMortgage also works with more than 50 other kinds of lenders, many of whom specialize in lending to those who are self-employed.

Back to Main News Page