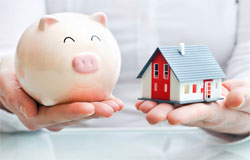 Economists expect Canadian interest rates to remain low until at least 2017. This is great news for first-time home buyers or individuals looking to refinance their mortgages or consolidate debt.

Interest Rates to Stay Low Until 2017

Analysts believe that Canadian interest rates will remain at near-historic lows as the Bank of Canada works to kick-start the economy and lift it out of a mild recession. The Canadian economy contracted in the first six months of 2015 after falling oil prices hurt business investments and the energy sector.

Because of ongoing weakness in some sectors of the Canadian economy, it is widely believed that the Bank of Canada will leave its lending rate at 0.5%—at least until the first quarter of 2017.

The low interest rate environment was bolstered recently when the Bank of Canada, on October 21, said it would not cut its interest rates further. The central bank said it predicted the Canadian economy would reach full capacity by mid-2017.

While the Canadian economy has probably rebounded from a mild recession in the first half of 2015, the current economic recovery is not strong enough for the Bank of Canada to raise interest rates until probably 2017.

The independent, licensed mortgage agents at ZooMortgage can help those living in Vaughan, Woodbridge, and the Greater Toronto Area receive the best possible rates that work within their financial and lifestyle needs.

Whether you’re looking for a first or a second mortgage, would like to consolidate debt, refinance, are self-employed or have credit, ZooMortgage will meet with you personally, discuss your options and walk you through the entire process. We work closely with more than 50 different lenders, including big banks and private lenders,

Back to Main News Page